The main economic drivers in the Caribbean Republic of Trinidad and Tobago are oil and gas production and the mining of natural asphalt. To overcome the economic dependence on these non-renewable energy sources and to pay justice to the impending catastrophe of global warming, the island republic increasingly focuses on renewable energy sources and the technical requirements for their utilisation.

Against this background, the Metal Industries Company Ltd. (MIC), one of the largest providers of vocational training and continuing education in Trinidad and Tobago, and its German co-operation partner ICON-INSTITUT have launched a new qualification project. In 2013, fourteen MIC employees took part in a continuing education course on "Solar technology and energy efficiency", which was carried out co-operatively by MIC, ICON-INSTITUT and the Chamber of Crafts in Aachen, Germany.

MIC, headquartered in the capital city Port of Spain, and ICON-INSTITUT have maintained a partnership for many years, starting with a continuing education project in the field of vocational training in 1994. Since that time, more than 200 MIC employees have received further training, for example, to qualify as master craftsmen/instructors in the fields of electrical engineering, mechanics, mechatronics and the construction industry. The subsequent programmes were implemented by way of a twinning model: the prospective MIC master craftsmen first received basic training in Trinidad and subsequently attended a three-month main training course in Germany at the Aachen Chamber of Crafts.

Regarding the continuing education programme on the topic of solar technology and energy efficiency, both phases of the training course were for the first time carried out at the MIC vocational training workshops in Trinidad. The programme pursued a two-fold approach: on the one hand, the course participants were qualified in the field of solar technology; on the other, the course focused on energy efficiency in buildings. This topic in particular is of increasing importance with respect to the high rate of energy consumption by way of permanent air conditioning of buildings. The course participants received also training to qualify as consultants for energy efficiency of buildings.

The curriculum was developed in close co-ordination between all involved parties and according to technical standards. The first phase, during which the course participants studied the necessary functional and technical requirements for the second phase, was taught by MIC instructors. This included learning content from the fields of electrical engineering, construction of buildings, structural physics and waste water engineering.

The second phase, which was taught by German experts and instructors, predominantly focused on practical planning and implementation of measures. In the field of energy efficiency, the course participants developed a tool for calculating building insulation values that allows for the assessment of energy savings and amortisation rate of insulation measures. By way of practical application, the MIC halls were measured, the structural components were assessed regarding their insulation efficiency and the energy requirements for cooling the buildings in both insulated and non-insulated state were calculated.

In the field of solar technology, the course participants learned about the planning and installation of solar and photovoltaic facilities by way of practical experience. They installed an on-grid facility (which feeds into a public grid) and an off-grid facility (without connection to a public power grid) as well as a thermosiphon grid (which allows for heat exchange by utilising natural convection without requiring a conventional pump) and a solar-thermal facility on the roof of the MIC head offices. In this context, the topics of drinking water and warm water supply were likewise covered.

Various excursions to institutions such as the Meteorological Office of Trinidad and Tobago and to the laboratories at the University of the West Indies (UWI) completed the course programme. The final examination was supervised by an examination board which consisted of representatives from MIC, ICON-INSTITUT and the Aachen Chamber of Crafts. Successful graduates received a master craftsman diploma issued by the Aachen Chamber of Crafts.

This sucess story was first published in the iMOVE publication Developing Skills for Employability with German Partners • 8 Success Stories from the Renewables and Cleantech Sector. The brochure was published in 2014. 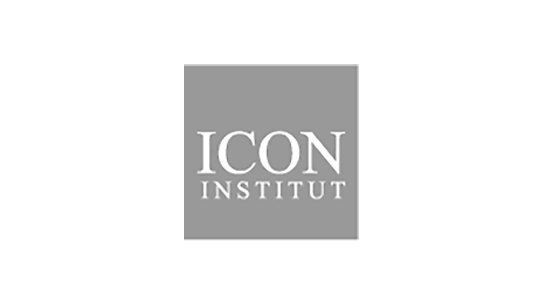